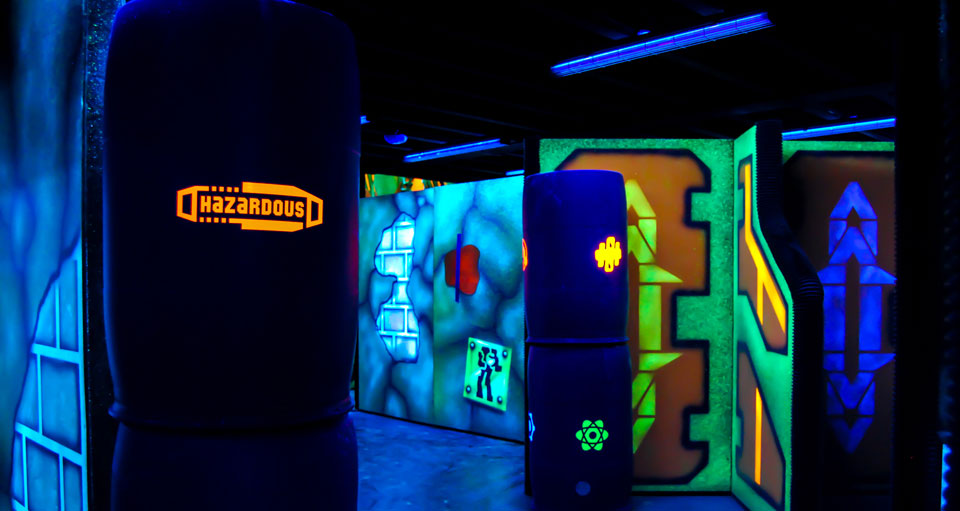 It is common knowledge that indoor laser tag is an exciting game imitating battle actions. The battle takes place on an enclosed territory – a specially equipped labyrinth, specially designed in fantasy style. On the one hand, an enclosed territory is a considerable limitation, but on the other hand, no matter how paradoxical it may sound, the more limitations you have, the wider is the scope of your imagination. In the case of indoor laser tag there was a necessity to create special game modes that would consider the peculiarities of high tempo fighting. LASERWAR Company computer programmer specialists have solved this task. This review is devoted to the results of their work.

“The Best of the Best”

It is perhaps one of the modes no modern computer game can do without. “The Best of the Best” is a type of a game process, where the main task is to destroy the enemy. This mode is most probably known to many of our players as “Deathmatch”. The rise in popularity of this gaming system dates back to 1993, when id Software launched the computer game “Doom”. And afterwards “Deathmatch” became well known all over the world. Thanks to the LASERWAR Company software, this mode is available for indoor laser tag as well.

“The Best of the Best” game rules include the following key features:

“The Best of the Best” rounds are extremely dynamic, the players won’t have a minute’s rest. That is why we recommend limiting the time of each round to 5-7 minutes in the game settings, because after this time the players will surely want to catch their breath.

In this game mode the teams come together to combat to death. The task for each of the two teams is to destroy each other at one round. “Confrontation” is a game process, where you may switch off the “revival” option. The player enters the game at the beginning of a round and in case of “death” he awaits the start of the next one. It should be noted that in this mode we use such notions as “shock time” and “unvulnerability time”.

“Shock time” is a certain number of seconds, when the player cannot fight back the enemy by firing after having been “wounded”. After you’ve been hit, you cannot fire for some time.

“Unvulnerability time” is a number of seconds, when the player that has already been “wounded” cannot be “wounded” again. After you have been hit, you cannot be wounded for some time.

Taken separately, “shock time” and “unvulnerability time” don’t mean much. The balance of these characteristics is of greater importance, since it determines the style of your behavior in a battle (whether you confront the enemy face-to-face when shooting each other or keep distance, shooting from a convenient location).

The players are divided into two teams. The aim is to tag the enemy. Unlike the abovementioned modes, in “tag” there is no virtual death. As soon as the player’s conventional health is over, he is automatically transferred to the opposing team. The round is over when all the participants are in one team. Many people consider this mode to be quite friendly. This conclusion seems logical to us. We deliberately shifted the emphasis from competitiveness to the game itself. One shouldn’t forget that the players come to get positive emotions. “Tag” will cope with the task brilliantly.

Once the game is over, the program can provide the file with each player’s statistics which can be printed right away.

LASERWAR Company is constantly moving forward in its development. In the future we are to work out more scenarios, the control/billing system, but even now one can fully enjoy playing indoor laser tag.

Watch our video for a more detailed description of all the game modes.